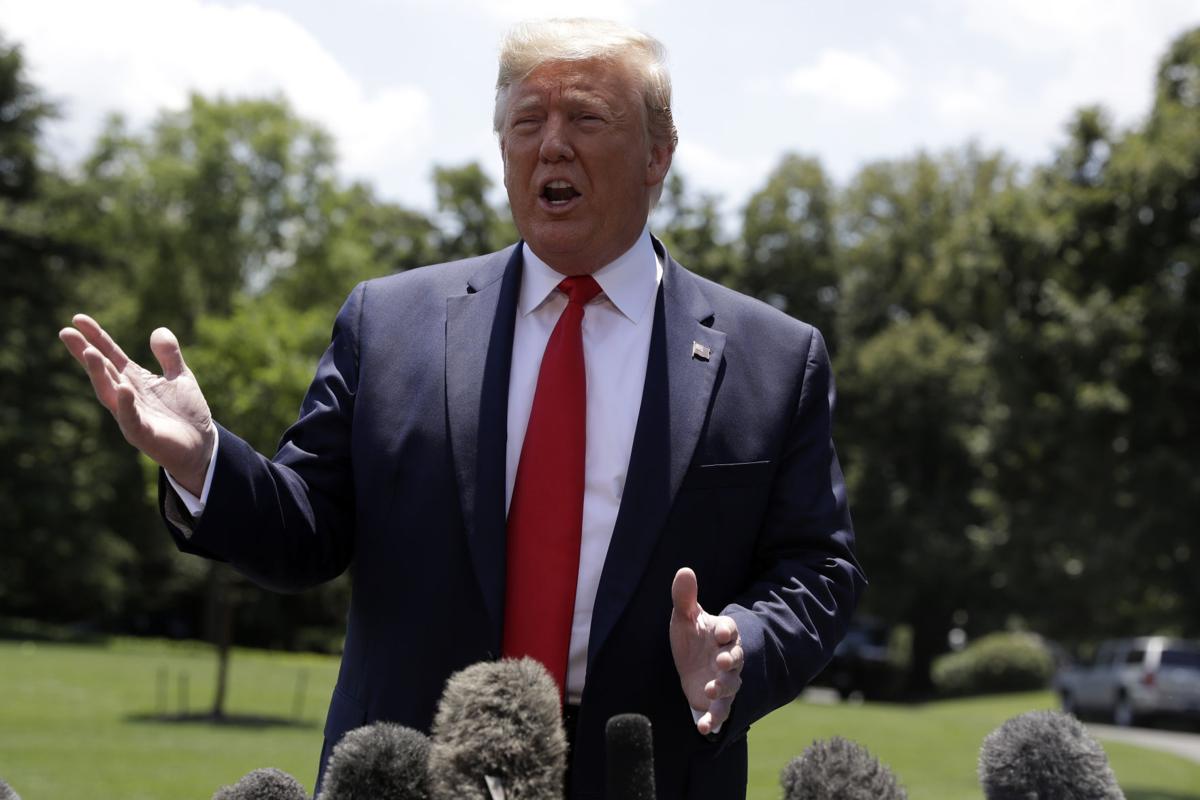 In this June 26, 2019, photo, President Donald Trump speaks to reporters on the South Lawn of the White House in Washington. Trump is receiving mixed reviews for his stewardship of the U.S. economy, even as Americans feel increasingly good about how things are going. That’s according to a new survey by The Associated Press-NORC Center for Public Affairs Research. (AP Photo/Evan Vucci) 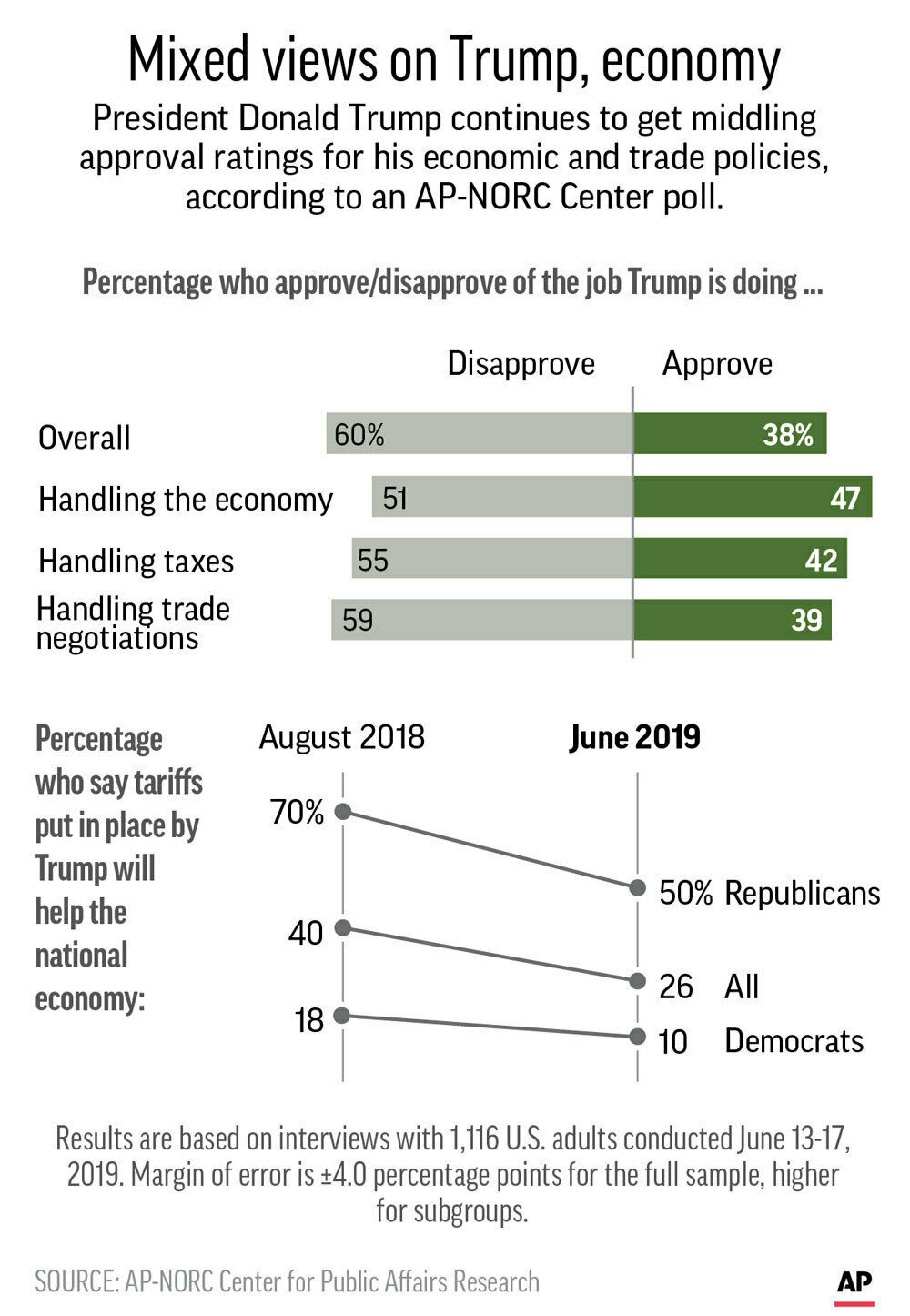