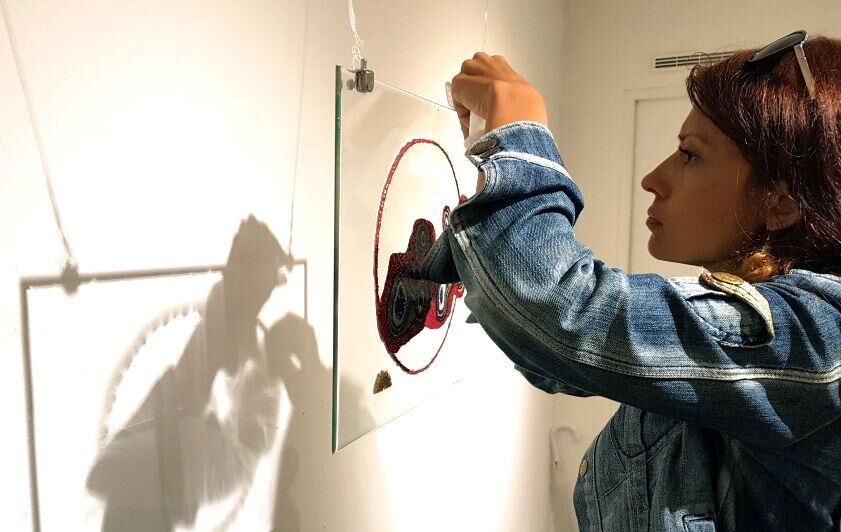 Mersyni Papamichali with her work 'El sol,' which is part of the exhibition. >Courtesy 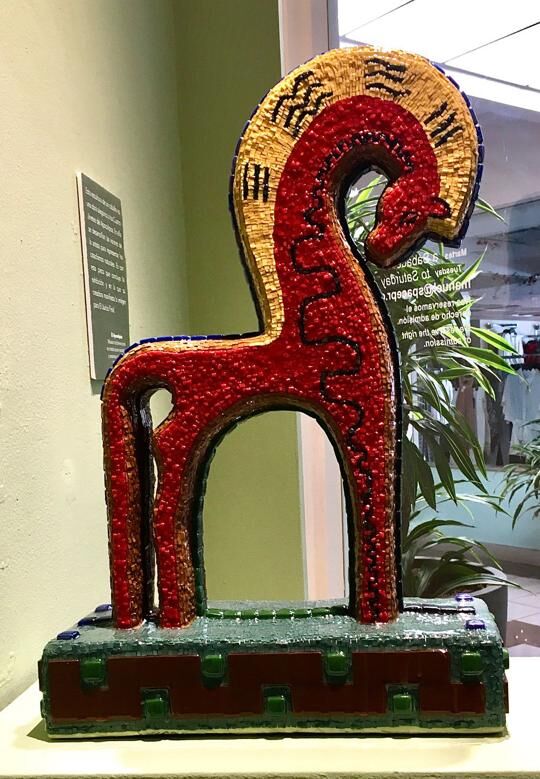 The Apocalypse, a mosaic in Venetian crystals and ceramic on foam. >Courtesy 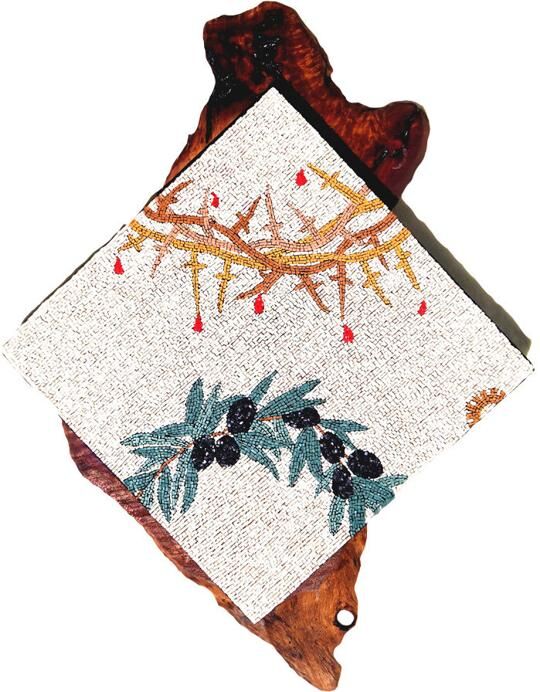