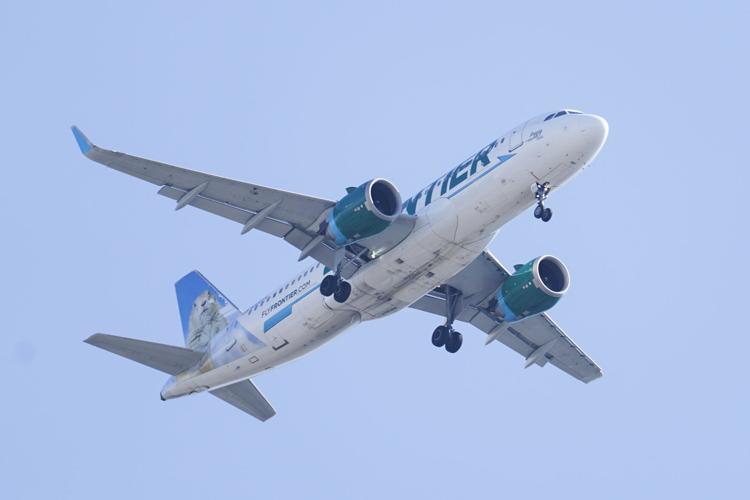 A Frontier Airlines aircraft flying over Gloster City, N.J., approaches Philadelphia International Airport, Oct. 22, 2021. Spirit Airlines' board still supports Frontier Airlines' $2.9 billion takeover bid for the airline, saying it determined JetBlue's competing $3.6 billion offer isn't a superior proposal. Last month Spirit said that after speaking with financial and legal advisers, its directors believed JetBlue’s offer could “reasonably” turn out to be the better of the two deals. But on Monday, May 2, 2022 the company announced that it was determined that JetBlue's offer “is not reasonably capable of being consummated." (AP Photo/Matt Rourke) 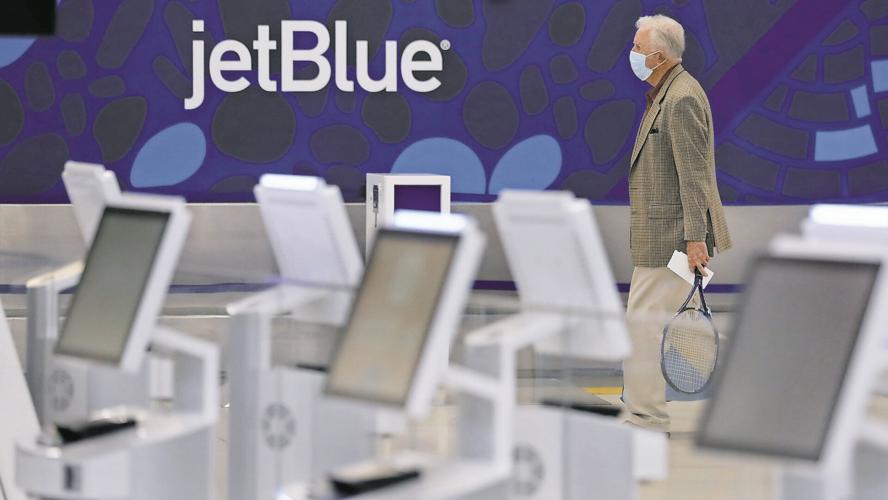 A traveler wearing a protective mask, due to the coronavirus outbreak, walks through the nearly empty JetBlue terminal at Logan Airport in Boston, Friday, May 29, 2020. JetBlue is further dialing back its growth plans after struggling with a high number of canceled flights. The company said Tuesday, April 26, 2022, that it lost $255 million in the first quarter but saw strong demand for travel, which pushed revenue higher. (AP Photo/Charles Krupa)