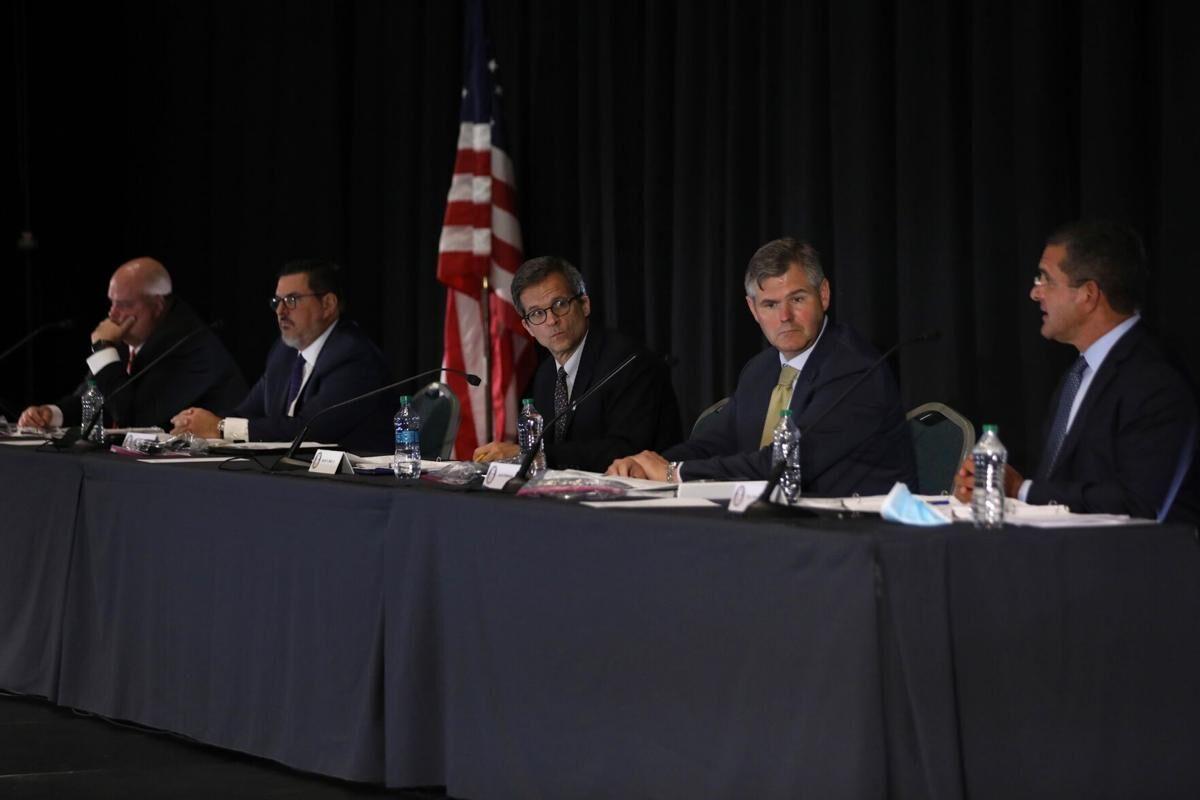 FOMB members listen to Gov. Pierluisi (far right) as he comments on the proposed budget during a May 2021 public meeting. 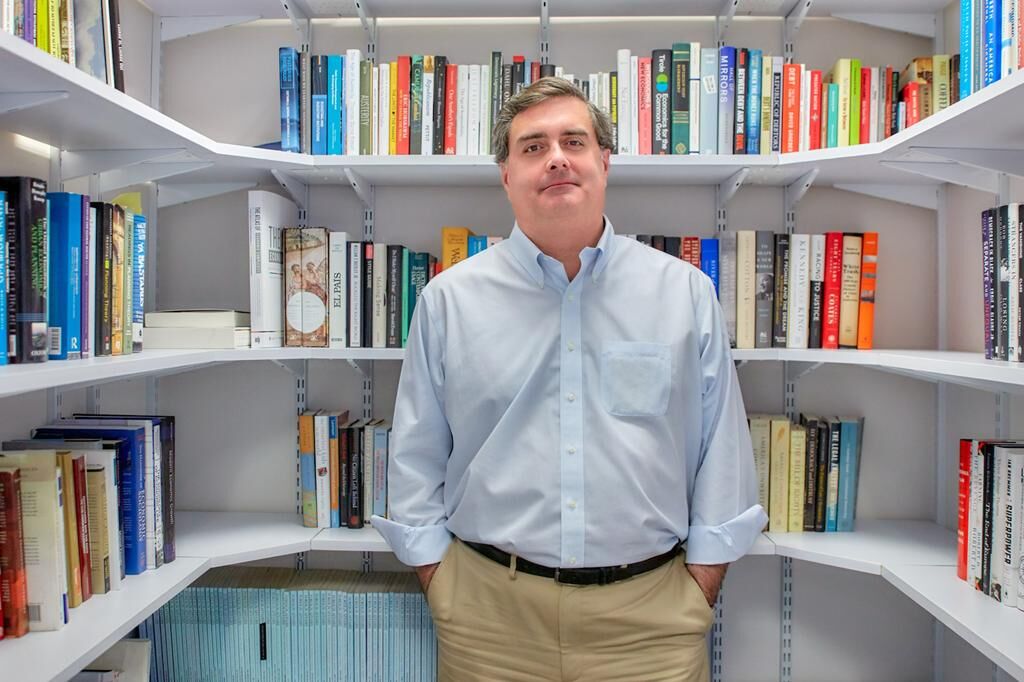 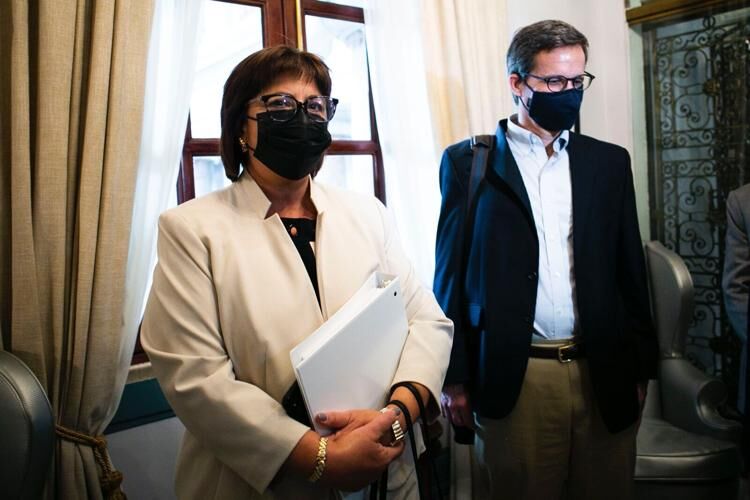 Natalie Jaresko and David Skeel, executive director and chairman of the Oversight Board, respectively.